The Achillion Palace is ideally located in the picturesque village of Gastouri. This magnificent Palace was built in 1890, exclusively for Elizabeth (Sissy)- the former Empress of Austria.

The impeccably landscaped palace garden is absolutely of a top class caliber. Empress Sissy was also captivated and awestruck by ancient Greek legends and mythology. Her favorite one was Achilles on whose honor she dedicated the palace.

The Palace garden is replete with rather artistically sculpted statues of the pantheon of the Greek Gods and Goddesses that consists of a truly mythical setting.

The popularity of the Achillion Palace also originates from the fact that the famous James Bond movie “For Your Eyes Only” was shot at this magnificent palace. 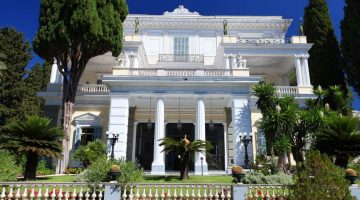 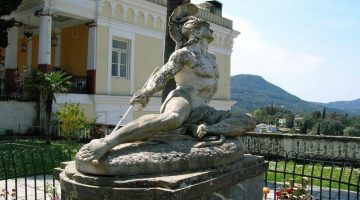 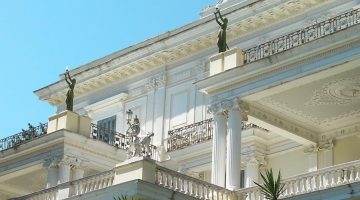