Mon Repos Palace is situated on top of the hill of Analipsi, near the Kanoni area, in the middle of a beautiful setting full of greenery.

It was built in 1826 by the British Commissioner Frederic Adams as a gift to his wife, Nina Palatianou (of corfiot origins). It is a small but very beautiful palace with colonial architectural elements.

It hosts a museum that includes loads of Ionian treasures. The palace itself is placed in a picturesque environment and is surrounded by a large park.

The remains of the ancient town of Corfu, which have been discovered opposite to the palace, are leading the archaeologists to claim that Mon Repos was built right on the site where the ancient city of Corfu used to be. 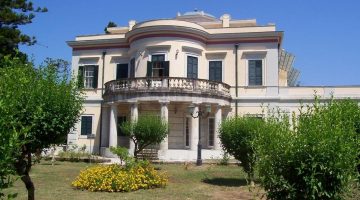 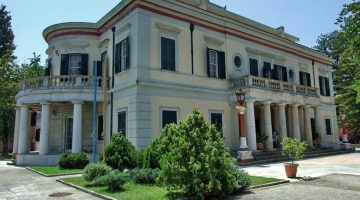